More than 16,000 visitors, 87 yachts and over 150 brands and exhibiting companies descended on ONE°15 Marina Sentosa Cove from 11 – 14 April for the ninth edition of the Singapore Yacht Show (SYS).

Glamorous yacht parties, exhilarating watersports experiences, gourmet eateries, bustling bars and show-stopping supercar parades entertained guests for a four-day celebration of the yachting lifestyle. With footfall at a record high, there was a greater contingent than ever – estimated at more than half – of visitors from overseas.

Potential buyers and charterers came from all around the Asia Pacific region, from as far away as Japan, China and Australia. They were greeted by impressive lineups of yachts and boats from long-standing supporters, including Azimut Yachts, Boat Lagoon Yachting, Ferretti Group, Hong Seh Marine, Princess Yachts, ProMarine Yacht Sales, Simpson Marine, Sunseeker and many more.

Over 30 local and regional yachting premieres from the world-leading brands were showcased at SYS 2019, making it another outstanding year for the region’s biggest boat show.

Kiran Haslam, Marketing Director of Princess Yachts commented: “We have been participating in the Singapore Yacht Show since its inception and have seen it go from strength to strength with each edition. Our commitment to this show and to the region is clear, demonstrated by us having more yachts on display here than even at the Cannes Yachting Festival in September. We are seeing a real emergence of the South East Asian market and an increased excitement and enthusiasm for yachting.”

With the weather staying fine and the rain holding off, total visitor footfall over the weekend was well up on last year even though there were several other major events happening concurrently – the Singapore Rugby Sevens, the opening of the Jewel Centre at Changi Airport, the Presidential Elections in Indonesia and Songkran festival in Thailand.

This certainly added to the festive mood as yacht brands, builders, brokers and dealers reported a busy four days full of activity and interest. Marine Italia Executive Director, Paul Grange was happy to share that his team was flat out with a constant stream of enquiries. Reporting the sale of at least two yachts in the first two days alone, Grange said: “We are delighted by the activity levels and results that we have achieved since we’ve started representing Azimut Yachts in Singapore in 2018. With three Azimuts sold in the run-up to the Singapore Yacht Show and a further two yachts sold during the show, it is clear that there is a genuine demand for Azimut’s truly Italian yachts in the region.”

Returning exhibitor Leopard Catamarans, presenting four boats this year, noted an increased amount of interest in sailing catamarans, in particular the newly launched Leopard 50. “While power catamarans are still very popular, we’ve noticed a big change among our clients, with many of them veering towards the sailing catamarans this year. We are absolutely committed to Asia and Singapore, building the brand strongly in the region.” said Kit Chotithamaporn, Regional Manager for Leopard Catamarans.

Andrew de Bruin, General Manager of Multihull Solutions, the dealer for Fountaine Pajot, reported another successful showing with the sale of three yachts, including one of Fountaine Pajot’s Alegria 67 sailing catamarans, which was making its Asian debut. “The Singapore Yacht Show is always a must-do boat show, with a focus on the region’s dealers and manufacturers. We put our best efforts into this Show as it has a great track record of delivering the customers and rewarding our big team of multihull specialists,” he said.

Longtime supporter Simpson Marine, showcasing a massive 16-strong fleet – their largest ever display, and a record for any single exhibiting company in the history of the Show – featured two Asian premieres from Sanlorenzo, three from Lagoon and one from Beneteau, as well as displays from Monte Carlo Yachts and Aquila.

Group General Manager, Richard Allen, enthused: “SYS is such an important show for us. We are very proud to represent several world-leading brands and we always do well for all of them here. We have taken pole position ever since the show started and we’ll be back in even greater force for the 10th Anniversary edition next year!”

Over at Singapore-based dealer Hong Seh Marine, Executive Director, Edward Tan, commented on the quality of clients visiting the Show. “People are coming to look at a variety of yachts, from the small Boston Whalers and mid-sized Riva Yachts, all the way up to large custom build yachts that we carry from the Ferretti Group. The Singapore Yacht Showdraws good quality clientele and it is definitely the place to be for people who are interested in yachting and want to learn more about it,” he said.

In addition to the impressive on-water yacht showcases, show visitors were treated to the revelation of new concepts by some of the major superyacht builders.

SilverYachts and Espen Øino International unveiled their brand new series of superyacht catamarans at the Singapore Yacht Show. Construction of the 35m SpaceCat power catamarans, will commence in China next month.

Jona Kan, Executive Board Member of SilverYachts commented: “As Asia’s leading yacht show, it seemed like a natural choice to unveil our new series of yachts here. The launch of the SpaceCat at the Singapore Yacht Show, along with our decision to build these vessels in our new Chinese shipyard is a clear statement of the great potential we believe the region holds for yachting. We are confident that these new yachts will appeal to an Asian client base and are excellent for the beautiful cruising areas in this region. We very much hope to be able to premier the SpaceCat at one of the next Singapore Yacht Shows.”

Other major global yachting brands and builders were celebrated at the 15th edition of the Asia Boating Awards held at The Capitol Kempinski Hotel prior to the opening of the Show. Dutch superyacht builder Amels was awarded Best Semi-Custom-Built Yacht (above 120ft) for the recently delivered Volpini 2, while Sunseeker picked up the Best Sportscruiser (above 55ft) award for the Sunseeker 74 Sport Yacht.

Organisers Verventia believe strongly in the potential for leisure boating businesses in the region and are constantly seeking to improve the show experience and the return on investment for exhibitors and sponsors.

Wade Pearce, Show Director of the Singapore Yacht Show said: “We have a big team and we put our all into making the Singapore Yacht Show work, so it’s good to hear that it continues to contribute to the development of the industry in Asia. Feedback from participants tells us what we’re doing right and what we need to change. In that way, the Show hopefully strengthens every year, and we are making some big changes for our 10th Anniversary Edition next year.

“SYS is well established as a world-class platform for industry professionals looking to meet new prospective clients in Asia. For those newcomers interested in exploring the world of yachting, this is where they can see everything and meet everybody,” he continued. 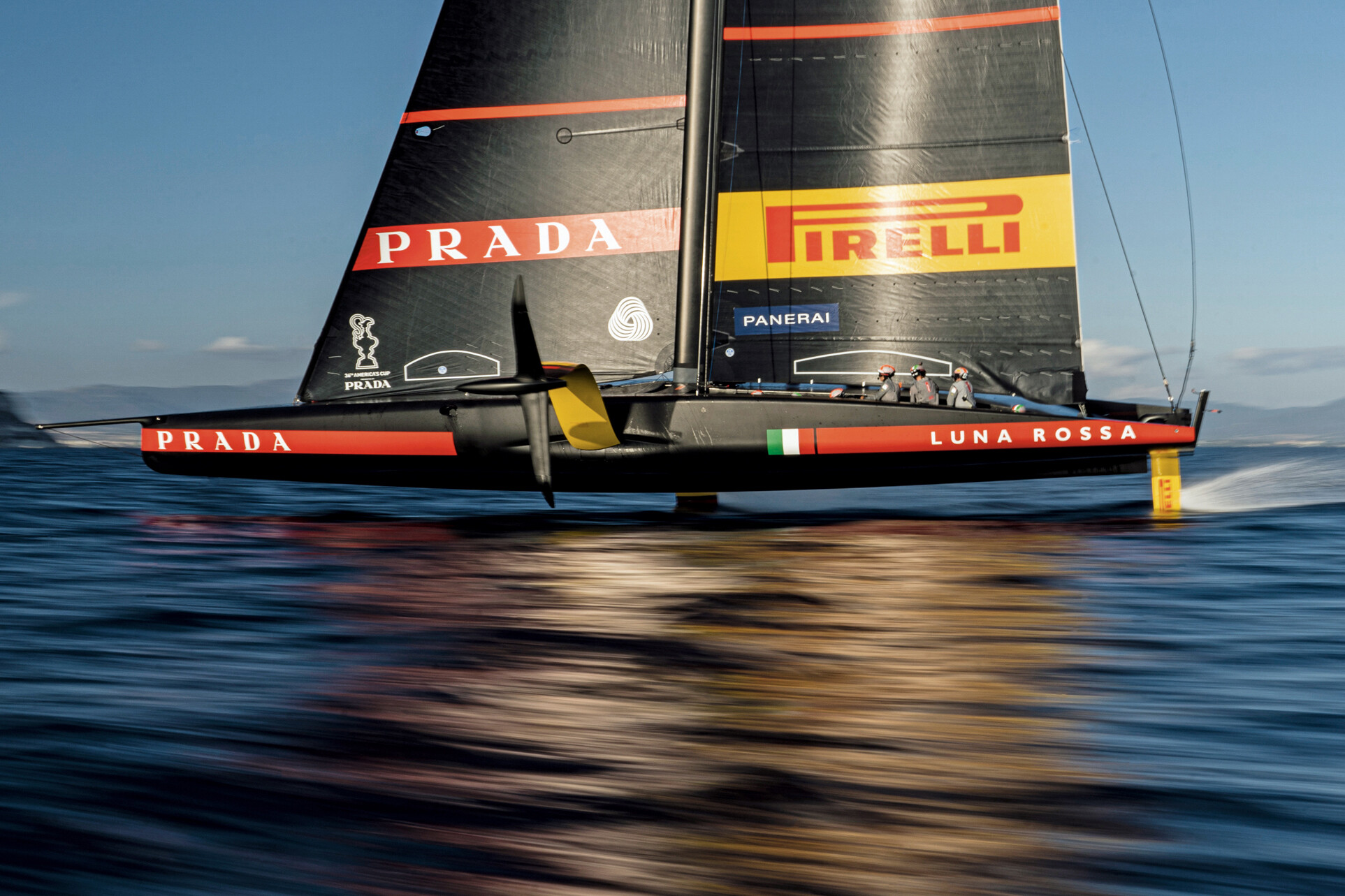 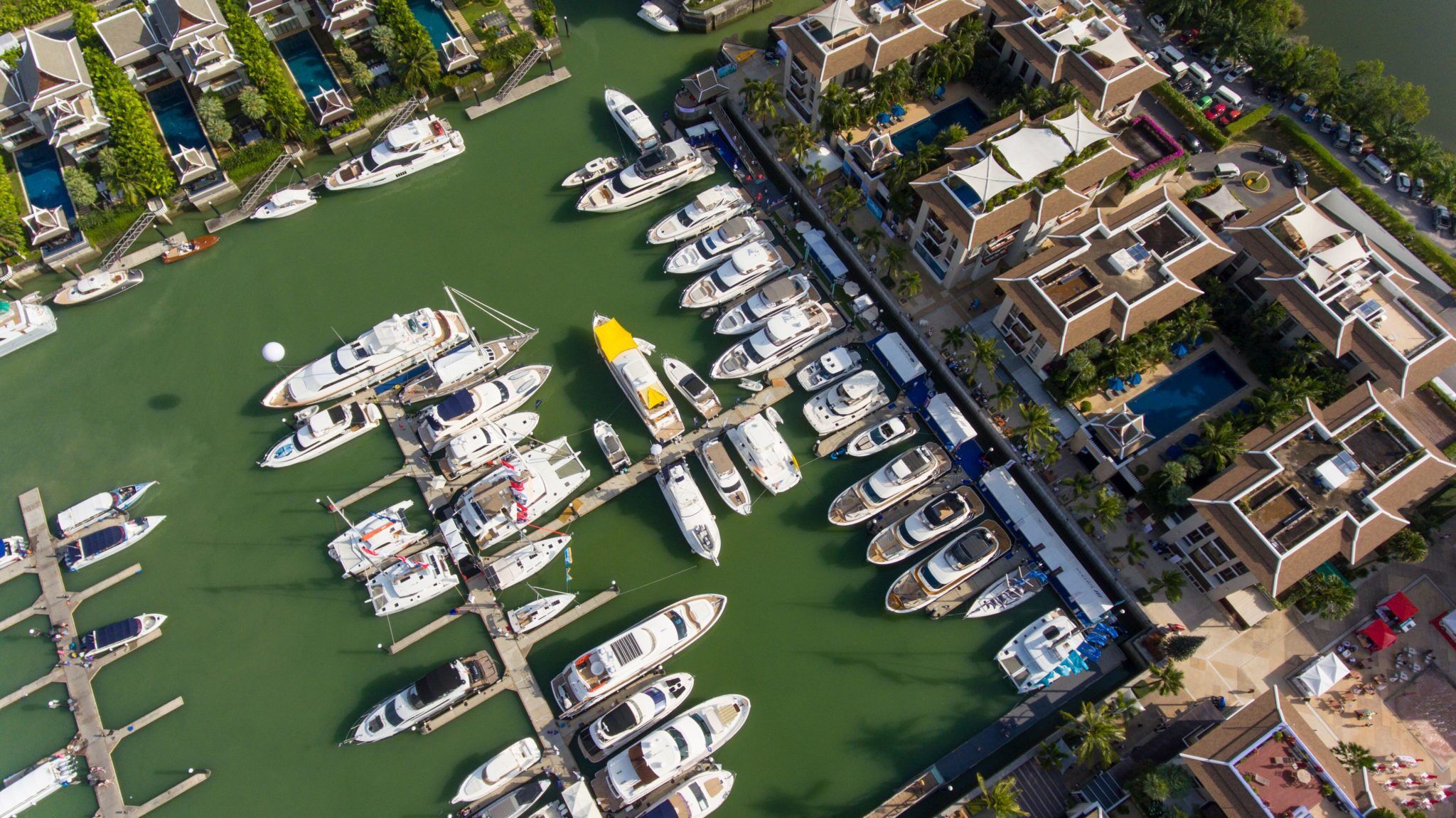 The Show has firmly established itself as Thailand’s must-see event...

Last year it was a dynamic new deck layout by...